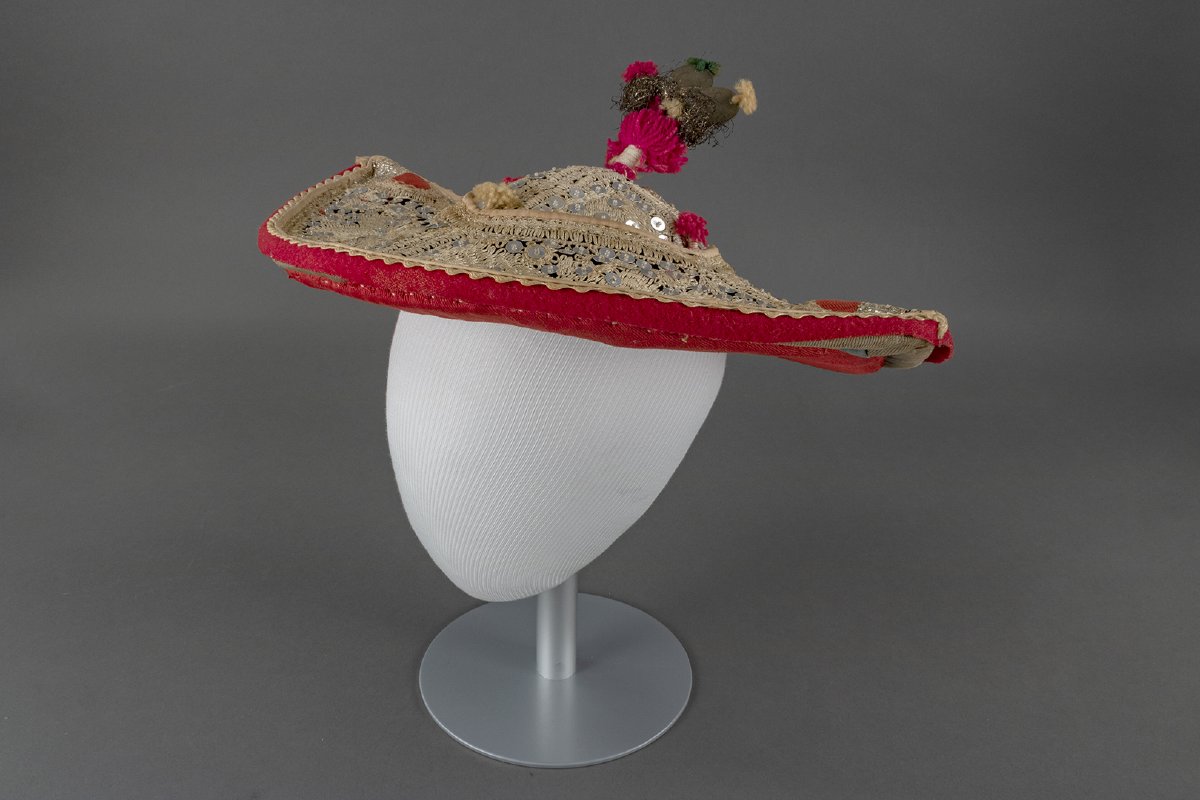 The McClung Museum is lucky enough to have a small collection of hats from around the world in its collection.

One of my favorites is the pacha montera, a beautifully embroidered flat hat from the Bolivian highlands. The town of Tarabuco is a stronghold of the indigenous Yampara culture and is known for its weaving, music, and its distinctive attire.

Some of the Yampara/Tarabuqueno dress is borrowed from the Spanish, such as their hats. Several of their hats, including the pacha montera worn by women on festive occasions, resemble the hats of Spanish conquistadors who entered the southern Andes in the 16th century. It is unclear when Yampara peoples adopted the montera and other European-inspired dress, but scholars suggest that they did so to satirize their colonizers. 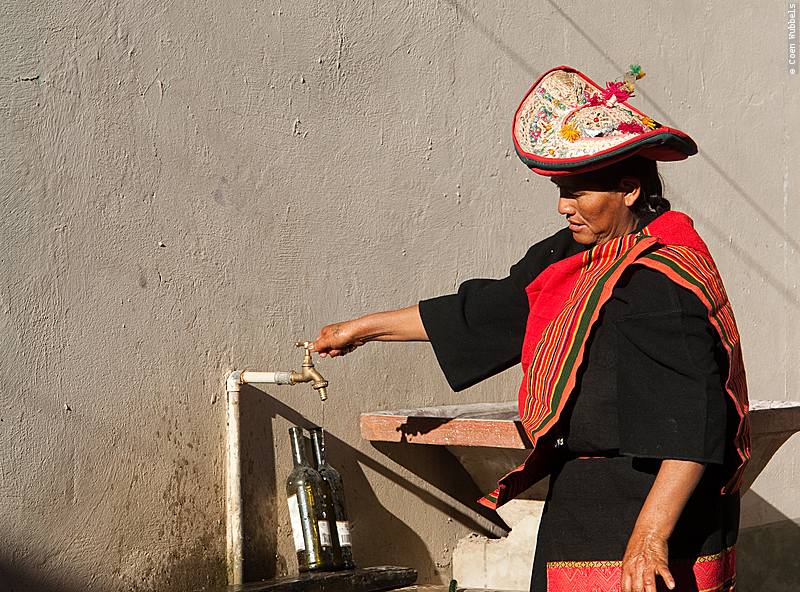 The heavily decorated pacha montera is typically embellished with sequins and colorful ribbons, and a thin band decked with coins and more ribbons is worn along with it on the forehead. Like many indigenous Bolivian women, Yampara women typically wear their hair in braids tied with tuyumas, black woolen strings. Women also wear a black almilla (bodice), skirt, axsu (black woolen shawl) and cover themselves with a llijlla (finely woven cloth worn around the shoulders) tied with a tupu, or silver brooch, at front.

The hat is an important part of traditional dress during ceremonial occasions. UNESCO, has identified the music and dances of the Yampara as important Intangible Cultural Heritage of Humanity. The excellent clip below shows women dressed in the pacha montera and men performing the Ayarichi dance done during dry season to commemorate indigenous beliefs and Catholic divinities.