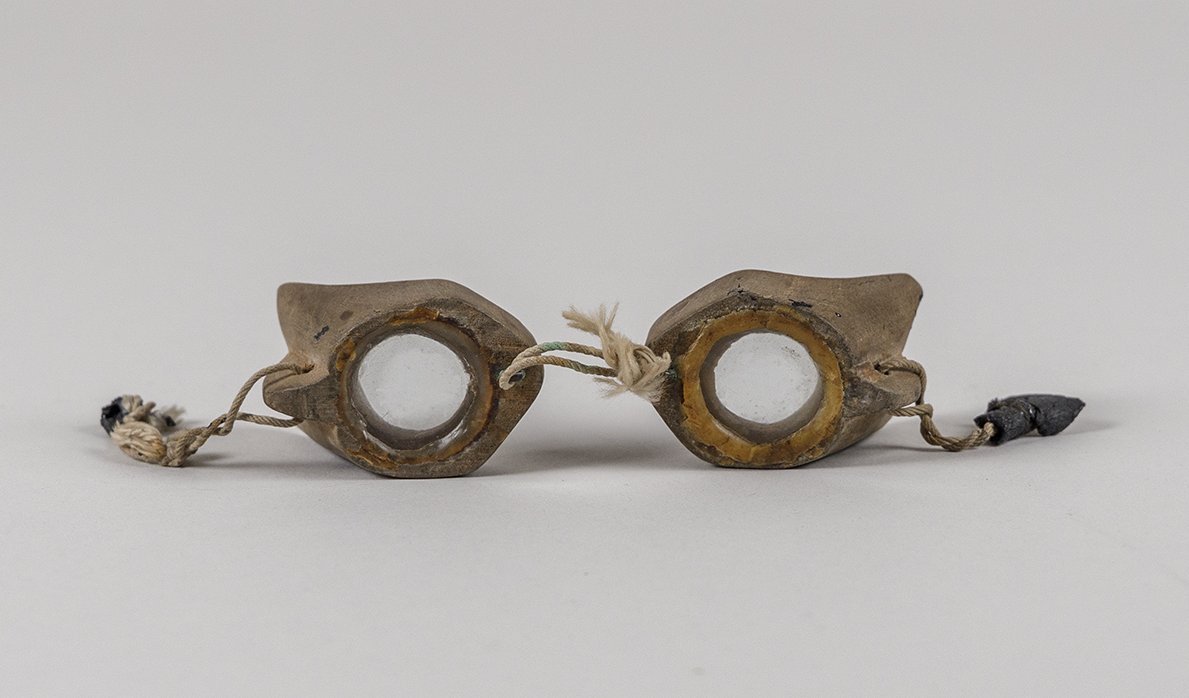 Today’s #OnDisplay is an example of how the most workaday objects can be an important peek into a culture.

These homemade swimming goggles are from the Micronesian islet of Potangeras, which is part of Ulithi atoll in the Caroline Islands of the Western Pacific. Ulithi is a typical volcanic atoll, surrounded by coral, and located in a remote area of the Pacific. Today only four of the atoll’s forty small islands are inhabited today.

Ulithi atoll, like many Pacific islands is known for its reliance on fishing. Today, Ulithi also hosts a small number of diving and eco-tourism businesses that contribute to the local economy. 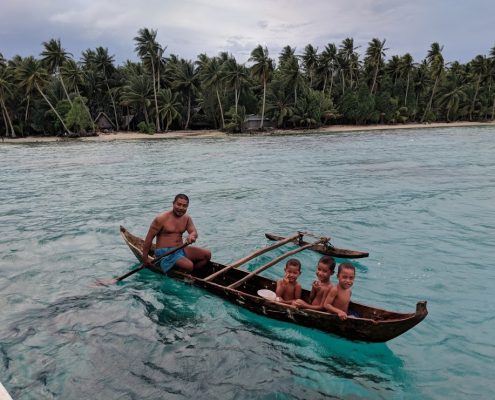 A traditional Micronesian canoe in use in Yap State, Courtesy of One People, One Reef.

Traditionally, reefs were managed through a complex system of regulations and ceremonial frameworks, and homemade wooden canoes and fishing gear like the goggles in our collection and simple wooden spears were used to catch fish for subsistence.

Indeed, similar homemade swimming goggles––ours are made of carved wood, string, glass, and wax––continue to be made across Oceania today. The McClung Museum’s Jefferson Chapman Executive Director, Claudio Gómez, served as the Director of the Museo Antropológico P. Sebastián Englert on Easter Island, and reminded me that Easter Islanders were among those who once used this type of goggle (see the fun photos below). During WWII, Ulithi was occupied by US Naval Troops to set up a strategic naval base. One of the largest naval bases used in the war, at its peak Ulithi housed 617 ships and a 1,200-yard airstrip that served as a massive anchoring and refueling point for US ships. It also hosted 20,000 troops on its recreation island, Mogmog. Though the war ended in 1945, the US Coast Guard stayed on in Ulithi to provide post-war aviation support and to service the LORAN (LOng RAnge Navigation) station on Potangeras. These goggles were likely collected by the donor, James R. Brown, while he served on Potangeras with seven other members of the Coast Guard in Unit 338. Sorlen Island and the north anchorage of Ulithi atoll, late 1944. US Navy photo from NARA collection.

Despite the often friendly relationship between the US military and residents of Potangeras and Ulithi, many islands were essentially razed to make room for Allied troops during World War II. Today, fish populations in Ulithi are suffering for several reasons, including overfishing and lack of traditional fishing protocol, use of motorboats, and more intensive modern fishing gear such as spearguns, and loss of habitat. We know that WWII played a role in this reef destruction, both in destroying the reef, and also in war claims money, which came in the 1970’s, bringing the boats, engines, and other changes in fishing technology that have affected the reef. 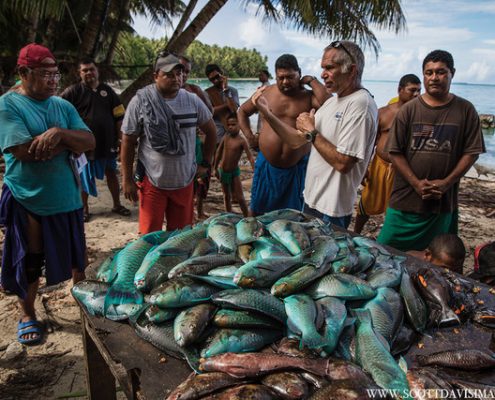 Peter Nelson leads a fisheries workshop on Elato, Courtesy One People One Reef.

To mitigate these effects, local NGOs are stepping up and some traditional practices are being reintroduced, including area closures, gear restrictions, monitoring species counts, and a return to indigenous fishery management practices.

In the meantime, these goggles serve as an incredibly interesting piece of Micronesia’s history. Ironically, World War II both brought these goggles to Tennessee, and likely also created the environment in which traditional fishing goggles and methods were used less.