This week, we highlight some more material culture from the Kuba culture of today’s Democratic Republic of the Congo, Africa (see our previous post on our Kuba mukenga, or helmet mask). The Kuba kingdom developed into one of the greatest civilizations in the history of the continent, who used their wealth to create a rich artistic tradition.

Kuba peoples are well-known for their textiles, notable for their complex decoration. Today, we highlight raffia cloth on display in our Decorative Arts gallery. Interestingly, men typically do the weaving in Kuba culture, while women are responsible for the applique and embroidery of textiles. 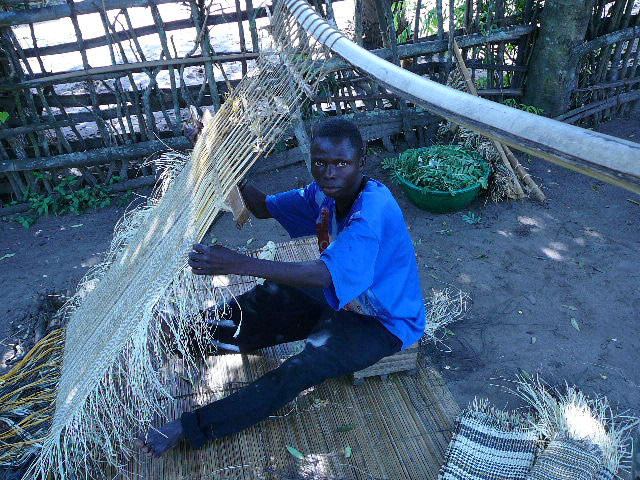 An image of a man hand-weaving raffia cloth, which will then typically be embroidered or applique decorated by women, c. 2000. Courtesy of Emmanuel Kasongo and Cloth Roads.

“Velvet” prestige or tribute cloths are joined to make embroidered skirts worn by men and women at important ritual ceremonies including funerals. Smaller panels like this one are often identified as “quickly made,” and are sold as yardage to be used as clothing, currency, and household furnishings. The hand-woven, finely shredded, orange, black and natural fibers were carefully trimmed in a technique called cut-pile embroidery, to reveal tufted geometric designs. 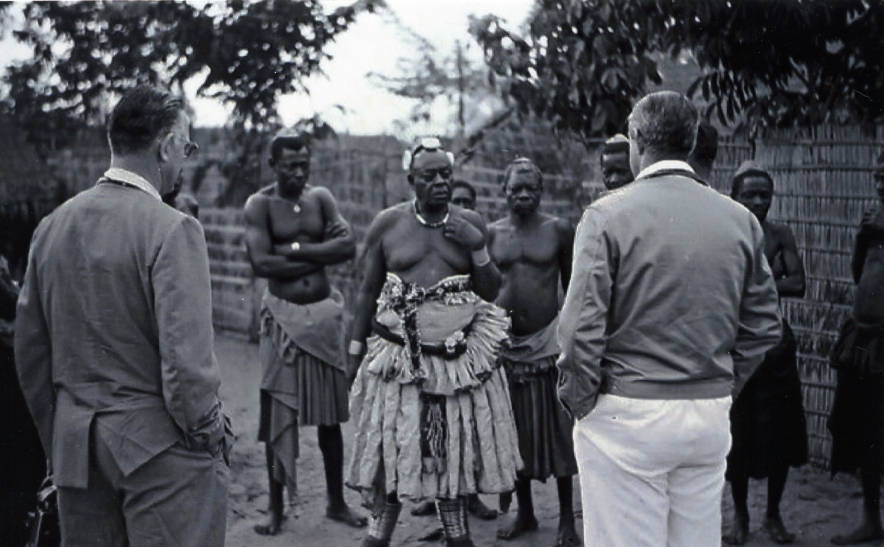 This panel is part of a group of objects donated by Madge Rice, who worked as a missionary in Luluabourg, Kasai Province, in what was then Zaire (today Democratic Republic of the Congo). This particular raffia cloth was reported by the donor to have been made “by the wives of King Lukenga.” (See a photo of King Lukenga meeting with American missionaries above.)