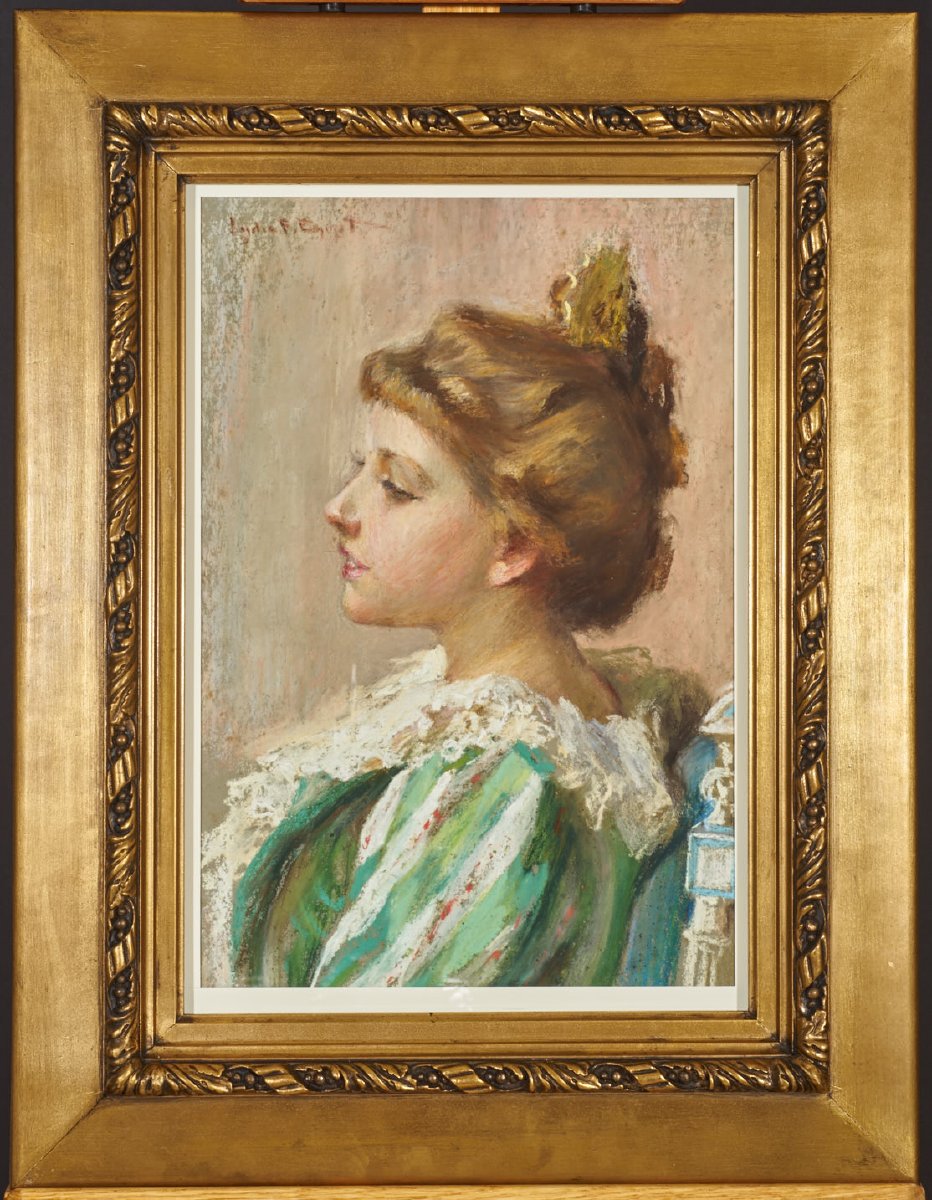 Born into a family of female artists, Lydia Field Emmet (1866–1952) was among the first professional female portraitists in the US. Emmet trained at the Art Students League under renowned American painter and teacher, William Merritt Chase (1849–1916), who recognized her skill for sensitive portraiture and teaching.

Primarily known for her commissioned portraits of children from prominent families, she also worked as a designer of stained glass for Tiffany and Company and an illustrator earlier in her career.

Women artists of the late 1800s often painted children, as it was one of the few subjects accessible to them––partly because critics
considered women to have an intrinsic understanding of children. She later said she regretted her success with child portraits because it diminished time for the adult sitters she considered more challenging. Nevertheless, she had great success with her sentimental and expressive paintings.

The McClung Museum’s pastel is characteristic of Emmet’s work––a beautiful sitter, dressed in the fancy clothes of her day, reflecting the wealth and taste of her family. However, while Emmet almost exclusively painted the wealthy, she wanted the public to regard her pieces as works of art and not simply depictions of who they were, so she often gave them generalized titles this pastel, In Her First Youth. Emmet’s “In Her First Youth,” on display in the museum’s “Women’s Work” exhibition. 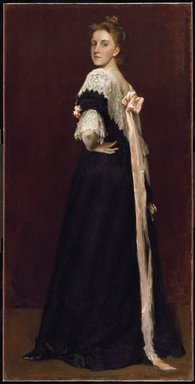 A portrait of Lydia Field Emmet done by her teacher, William Merritt Chase in 1892––the same year she executed the McClung Museum’s pastel “In Her First Youth.” Brooklyn Museum of Art, 15.316.

The museum was thrilled that former Graduate Assistant, Emma Thompson, was able to learn more about this portrait during her research for our current exhibition, Women’s Work. Emma was able to find several letters from the artist to the donor’s husband, Charles J. McClung, in our archive, suggesting that the pastel on paper was one of the first works that Emmet sold:

Please pardon my delay in answering your note which touched me greatly, as I had almost forgotten the picture done so long ago, in my “earliest youth.” I think it was the first picture I ever sold at an exhibition, and I never knew who bought it, except that it was a young man who I always thought fell in love with the beauty of my model . . . I have never seen Miss (illegible) since I did that picture, and have no idea if she is still living or where. I shall be most interested to see the picture again, I have done so many since.

Emmet notes in another letter that she rarely worked with pastels after this early piece. The McClung feels privileged to have an early work by such an important artist, and we hope to decipher the illegible sitter’s name in the near future!

I have uploaded a PDF of the letter here in case any member of the public can decipher the sitter’s name, and would like to do so. Please send your suggestions to me, Cat Shteynberg, at cat@utk.edu.