Today we are profiling a favorite museum object that’s not on display currently, but which is a piece that might inspire us as we continue to contend with the Covid-19 pandemic.

Many of us might be familiar with the artist Henri Matisse’s cut-out art––beautiful abstractions the artist began making from cut paper in the 1940s. What you might not know is that Matisse started employing the technique when surgery for cancer made him wheelchair bound, and painting became too taxing.

Matisse cut out beautiful, colorful shapes freehand from paper, and assembled them on his studio walls. When the studio walls became full, the cut-outs were removed from the wall and mounted in various formats. Matisse is the most famous of the Fauvists—early 1900s artists known for their use of bright colors for expressive effect. His paper collages emphasized flat surfaces, and used simple shapes in bright hues to “draw in color.” 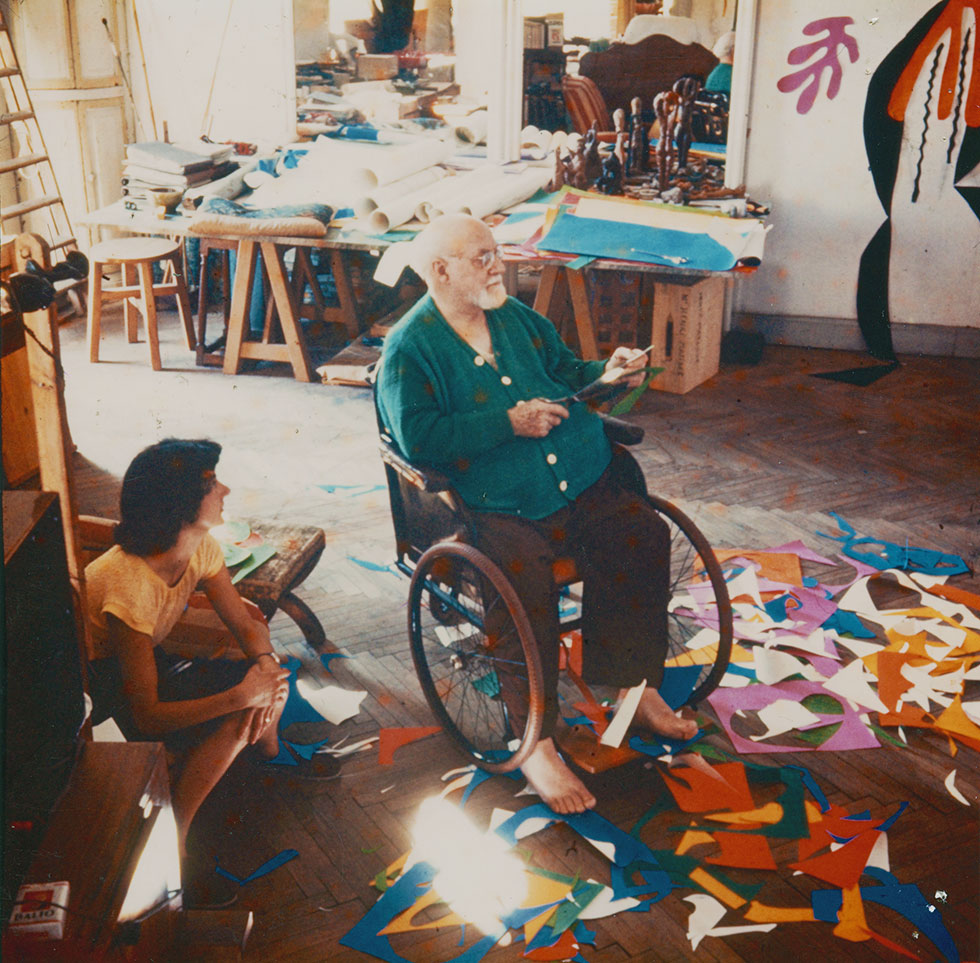 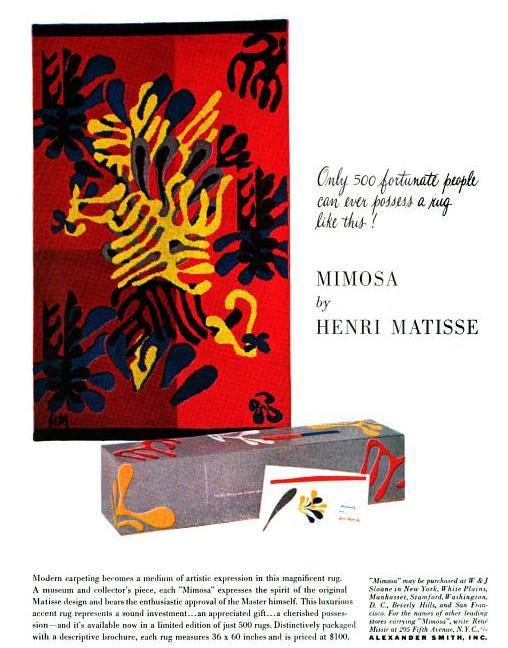 Produced after one of his paper collages, the rug entitled Mimosa is one of only a few textiles sanctioned by Matisse in his lifetime, and the only design he specifically created for a carpet. It was manufactured by Alexander Smith and Sons in a limited edition of 500 in Axminster weave, a machine-made pile. We featured the rug in our 2014 exhibition, The Collector’s Eye.

The design features a multi-fingered leaf form. In the 1940s, Matisse created numerous drawings of leaves, exploring how their shapes changed throughout the plants’ life cycles.

To me, the story of Matisse creating one of his most important bodies of work while recovering from cancer treatment in his bedroom studio is an uplifting source of inspiration. While most of us would never claim to be Matisse, we can certainly draw motivation from finding a creative outlet in the most basic available materials (scissors, paper) while still spending some of our time at home. What great art might be coming out of this pandemic? What have you seen from artists and creators already that was born out of this time?