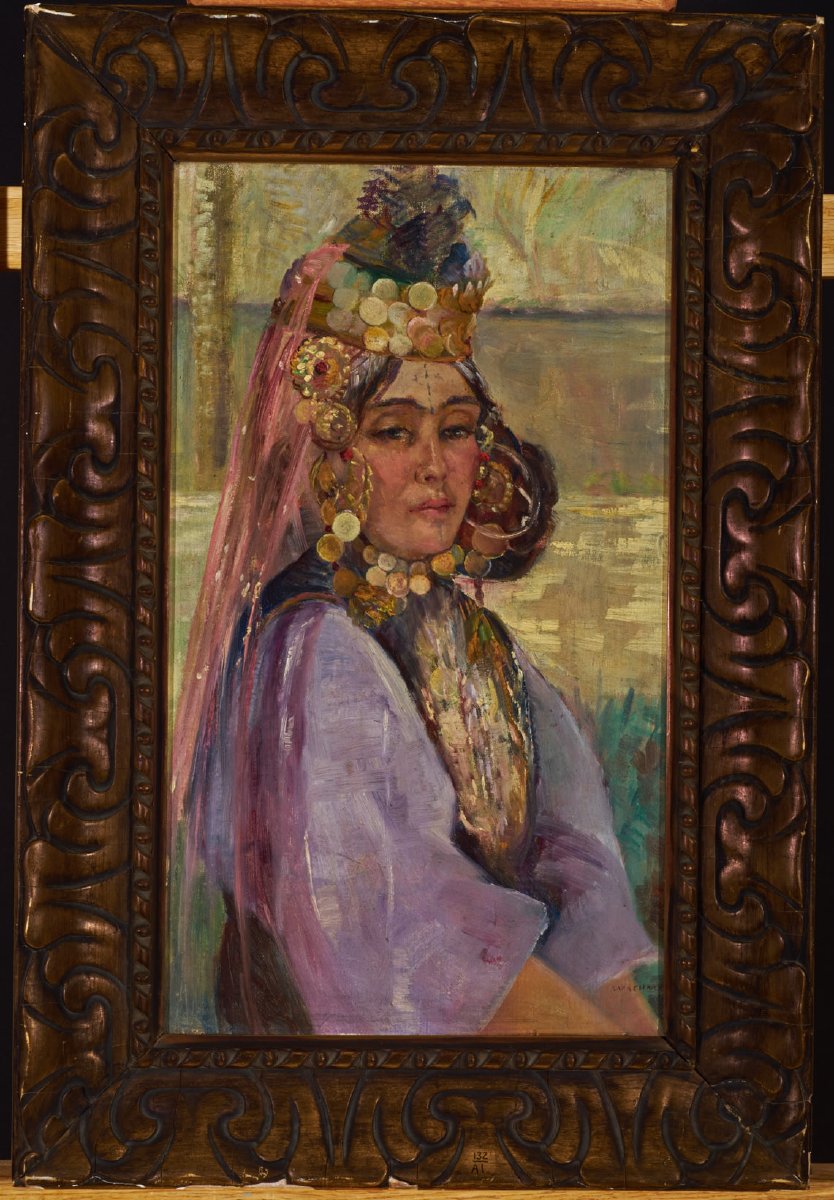 Henriette Wachman, was part of a group of female artists who lived and worked in Europe in the late 1800s, because of the greater freedoms for women there. Henriette and her sister, Laura, lived and traveled around Europe and North Africa in the late 1800s through early 1900s. The Wachman sisters convinced other expatriate friends and artists, such as Elizabeth and Louise Nourse, to room with them in Holland and other locales. 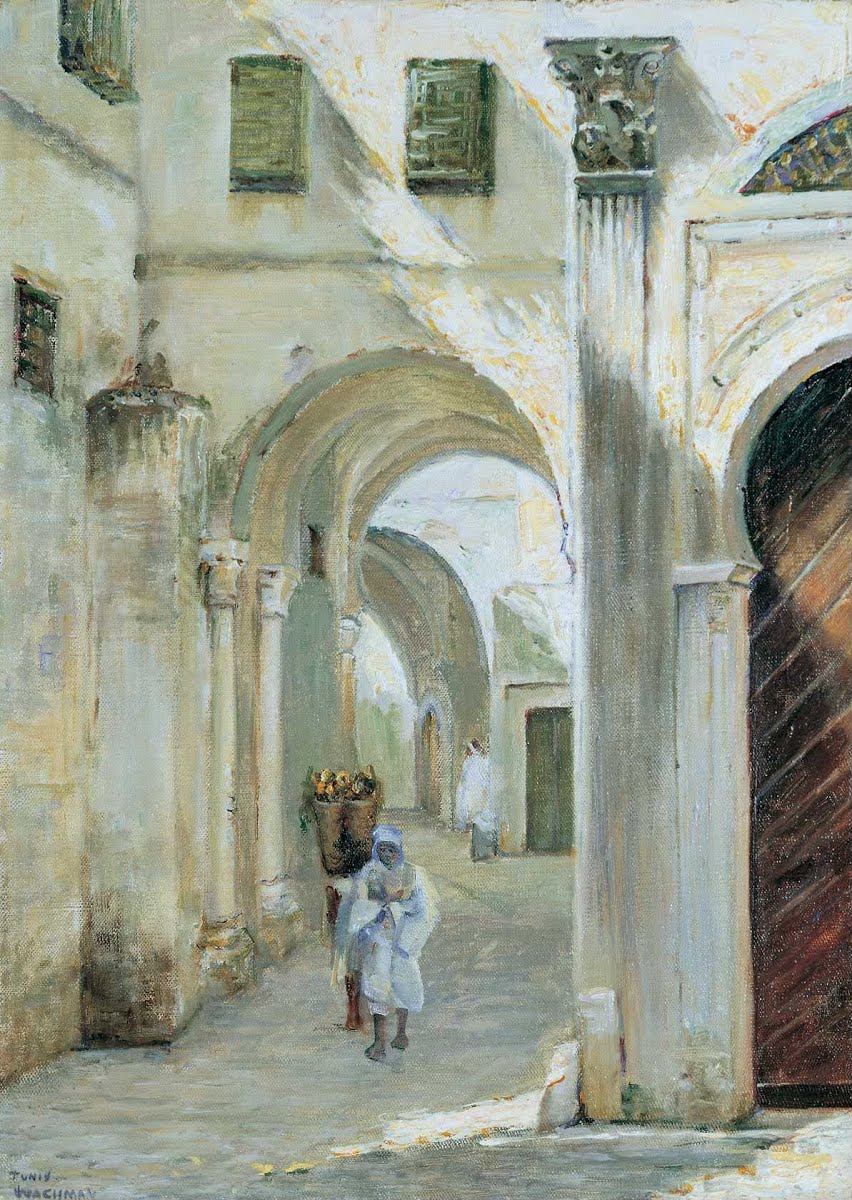 The Wachman sisters lived in Tunisia for a period of time, and Wachman became known for painting “exotic” Orientalist subjects, such as the painting of the Tunisan street at right from the Cincinnati Art Museum’s collections, which were especially popular in the late 1800s. Though appealing to Westerners with its picturesque view of North Africa, the general desire of Orientalist art and literature of the time in the words of Edward Said, was “expressing the presumed cultural inferiority of the Islamic orient.”

This ambivalent attitude towards “other” cultures beyond the boundaries of the Islamic world was also common in late 19th century art, and in Wachman’s work as well. In the McClung’s painting above, Wachman depicts a Nautch dancer. “Nautch” is an anglicized version of the Hindi or Urdu word for “dance” or “dancing” that refers to a popular court dance performed by young women in India.

“Nautch girls” performed an intricate traditional dance for the royal family and their guests, but also for everyday people, who paid them to dance at celebrations. Nautch girls were celebrated for their incredible dancing skills, but also their intelligence, as many were educated. Some also offered sexual services on the side.

We have no idea if Wachman ever traveled to India or saw a performance of Nautch girls dancing. Indeed, Nautch Girl, is a generalized portrait: its sitter has no name, and though the young woman depicted is beautiful and dressed in richly colored clothing, and Wachman has detailed her wealth clearly in the golden coins hanging from her headdress, the painting has an impersonal feel. 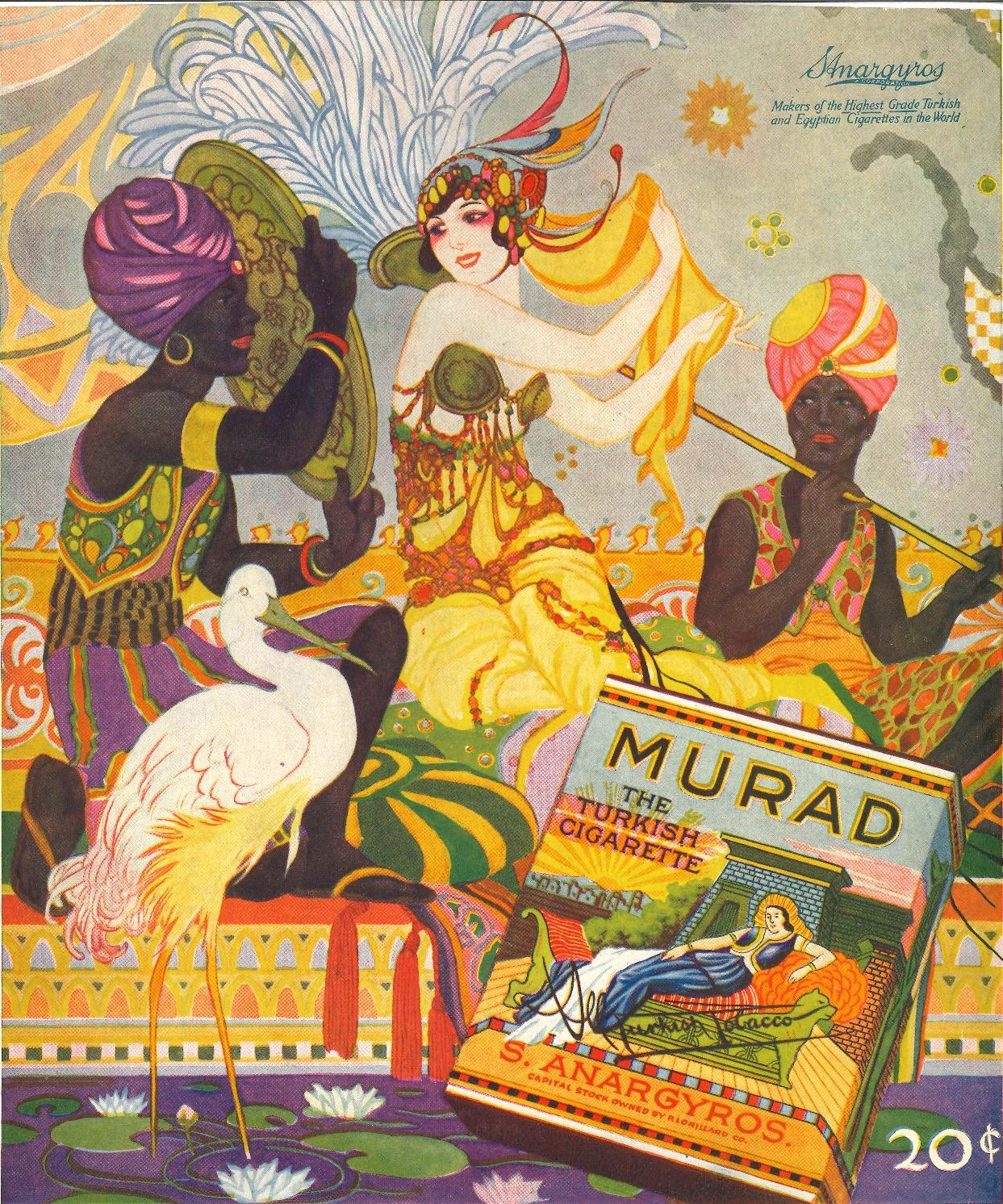 Within this context, the complicated power dynamics of Wachman’s painting are evident. Orientalist art, which quickly infiltrated pop culture, typically featured the Eastern female eroticized by the Western male with no case for cultural specificity or distinction. In Wachman’s case, we have a white woman enacting a similar power dynamic. Wachman’s “exotic” foreign subjects, however problematic to us today, did well on the turn of the century market and appealed to an American audience hungry for subjects that reflected worldliness and the economic ability to travel.

Did Wachman admire or abhor the young Indian woman she painted? Was she titillated or disgusted? Did she believe in the problematic Orientalist idea of some “essential ancientness,” or did she paint the Nautch girl simply knowing the subject would appeal to other travelers? Without Wachman’s own words, we cannot know.