We recently shared the amazing work that our Collections Graduate Assistant, MFA student Erin Wohletz, completed recently. Her work making sure #ThingsOrganizedNeatly were indeed in place in our collections storage were greatly appreciated.

A fan especially appreciated the busts, which to my knowledge, have never been profiled by the museum. So here it goes. 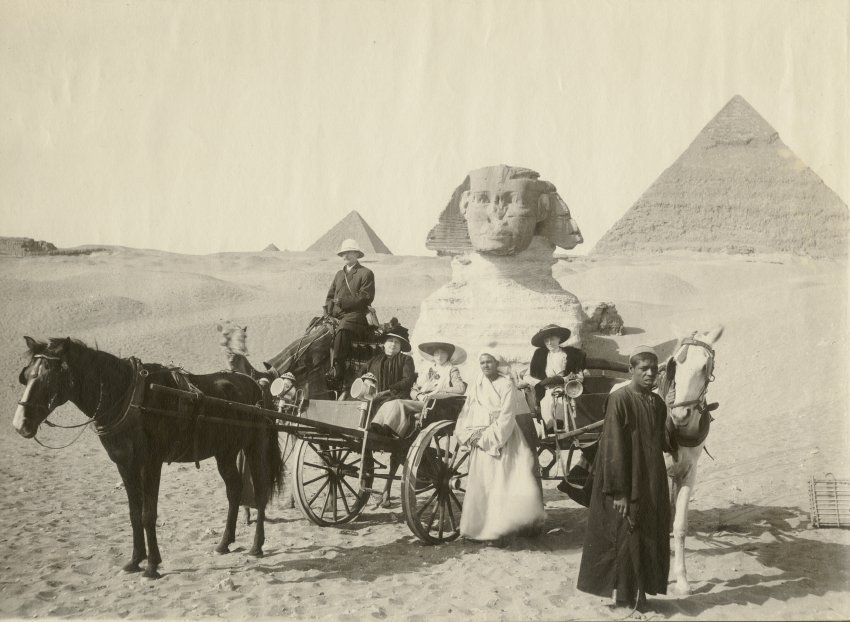 These busts come from the museum’s Louis B. and Eleanor Deane Swan Audigier Collection of Art and Library of Art Appreciation. The gift of thousands of objects was made in 1934 by Eleanor Deane and Louis Bailey Audigier. The Audigiers were world travelers who lived abroad in Italy for several years, and were avid supporters of the arts. Like many wealthy or middle class American of their era, they decorated their home with reproductions of famous European paintings and pieces Greek and Roman sculpture. Many of these reproductions now reside at the McClung Museum.

During the Victorian era, having Greek and Roman or important artistic sculpture reproductions was not only trendy, it was a sign of one’s education and sophistication. The two sculptures depicted at the bottom of the above photograph of rehoused busts in our collection are: at bottom left Hebe, the Greek goddess of youth, and at bottom right Narcissus the hunter in Greek mythology known for his beauty. Beauty and youth––who wouldn’t want them?!

At top is the head (top left) and rest of the bust (top right) of Vittoria Colonna, created by Italian artist Giuseppe Bessi (1857–1922) around 1915. Bessi was well-known for his lifelike busts of prominent figures like Ludwig van Beethoven and Joan of Arc. Working in Neoclassical and Art Nouveau styles, he combined alabaster and different colored marble to create his highly detailed sculptures.

The story of Vittoria Colonna is a fascinating one. While her name might not be widely known today, she was one of Italy’s greatest poets. Indeed, in this idealized bust of Colonna as a young woman, she has a laurel wreath upon her head––these wreaths were awarded by the ancient Greeks to victors in the Olympics and poetic competitions. She was an educated noblewoman whose husband died in her 30s. She developed relationships within Renaissance artistic and intellectual circles in Italy, but her most famous confidant was Michelangelo.

And to end, a poem by Colonna:

I live on this depraved and lonely cliff
like a sad bird abhorring a green tree
or splashing water; I move forcefully
away from those I love, and I am stiff
even before myself, so that my thoughts
may rise and fly to him: sun I adore
and worship. Though their wings could hurry more,
they race only to him; the forest rots
until the instant when they reach that place.
Then deep in ecstasy, though brief, they feel
a joy beyond all earthly joy. I reel,
and yet if they could recreate his face
as my mind, craving and consuming, would,
then here perhaps I’d own the perfect good.